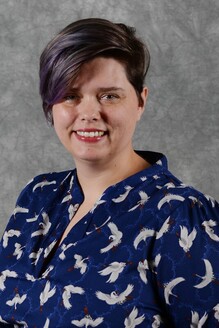 Outreach in a Time of Uprising

In her keynote address, Julie will provide an overview of the history of outreach in libraries and provide a grounding in ways libraries have both failed and succeeded in reaching and supporting historically underserved communities. Through contemporary examples, she will explore successful ways to engage our communities and meet them where they are. Finally, she will briefly examine both institutional and personal roadblocks that could impede our
progress towards becoming inclusive, welcoming institutions.

Julie Jurgens has been working with children and their families since 2001, and in libraries since 2006. She received her MLIS from Dominican University and holds BSS in English from Cornell College in Mount Vernon, IA. She's also a
performer, with a background in storytelling, stand up comedy, and music. If you have time to spare and a taste for danger, ask her how she feels about the phrase, "Libraries are more than just books." 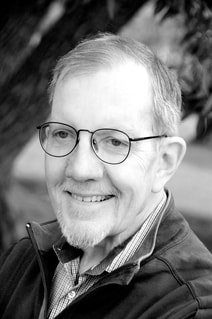 Brian’s keynote address is a salute to those who have spent time within the borders of Western Canada, but outside the boundaries of convention. A rogues' gallery of mavericks, iconoclasts and adventurers who threw away the rulebook, thumbed their noses at tradition and let their detractors howl. They never retracted, never explained, never apologized, and they got things done.
​
Brian Brennan is the author of twelve best-selling nonfiction books, most about the colourful personalities of Western Canada's past. Born, raised, and educated in Dublin, Ireland, Brennan has called Canada home for the past fifty years. Since 1974, he has lived and worked in Calgary, where he spent twenty-five years as a staff columnist and features writer with the Calgary Herald. He has won numerous awards for his journalism and books; when not writing books and delivering speaking engagements, Brian Brennan plays jazz piano for fun and profit.